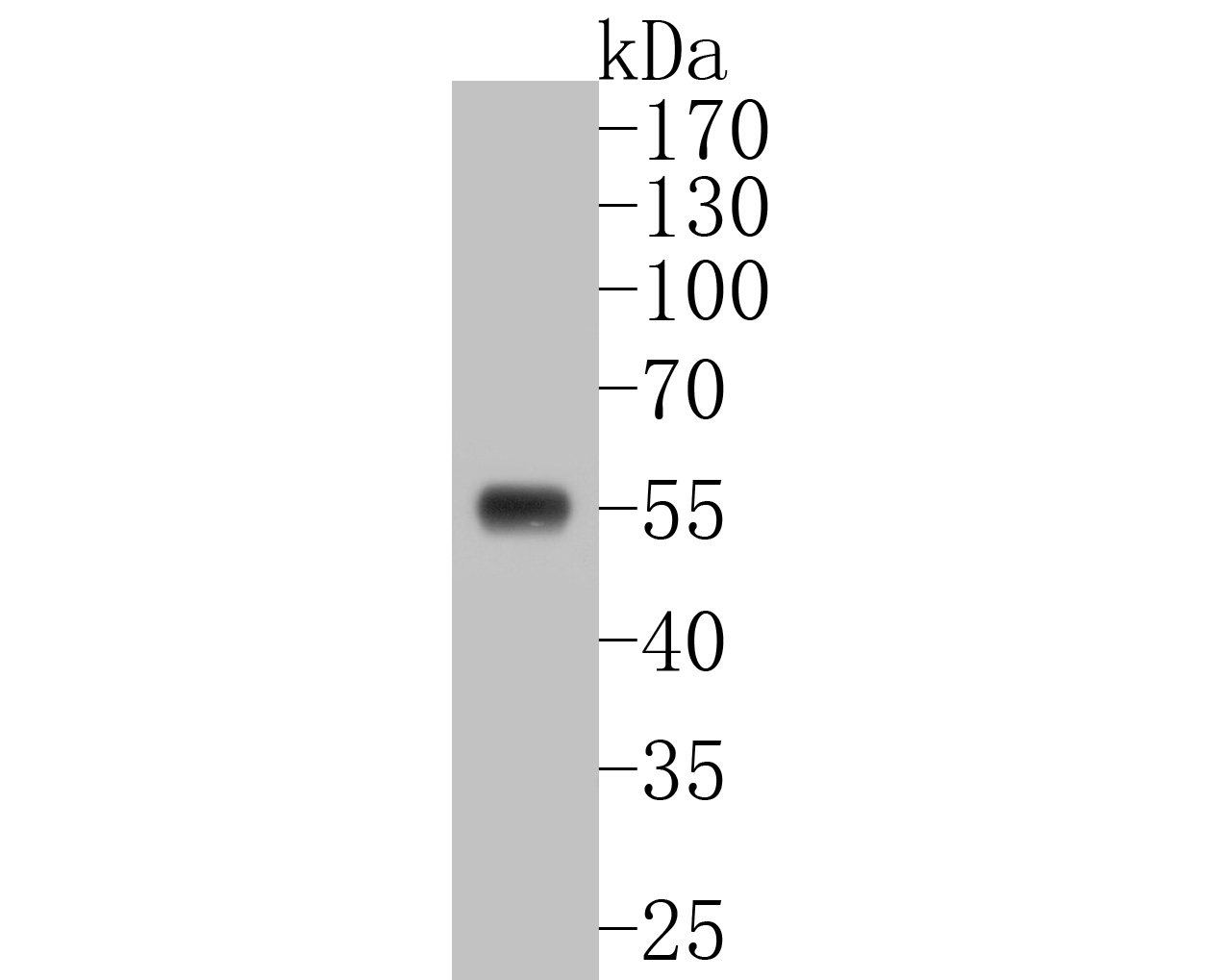 Expressed in the kidney and a subset of hematopoietic cells.

The WT1 gene located at chromosome 11p13 codes for a transcription factor, a DNA-binding nucleoprotein, 52-62 kDa, that plays a role primarily in the development of genitourinary organs. Although originally identified as a tumour suppressor gene, a variety neoplasms are associated with WT1 over expression. Over expression of both wild-type and mutant WT1 has been reported. Among epithelial tumours, nuclear WT1 is strongly expressed in ovarian serous carcinoma (97% of the tumours, usually a widespread reaction), peritoneal serous carcinoma, ovarian transitional carcinoma, and about half of ovarian endometrioid carcinoma. Also metanephric adenoma is positive. Limited nuclear WT1 expression has been documented in a small percentage of various others carcinomas such as ovarian clear cell carcinoma, uterine papillary serous carcinoma, uterine endometrioid carcinoma, renal cell carcinoma (chromophobic and papillary), breast carcinoma, lung carcinoma, and pancreaticobiliary carcinoma. Among nonepithelial tumours, nuclear WT1 is strongly expressed in the large majority of malignant mesothelioma and sex cord-stromal tumours. Nuclear WT1 has moreover been demonstrated in Wilms' tumour (about 50% of the cases, involving epithelial, stromal and blastemal elements), malignant rhabdoid tumour, adenomatoid tumour, endometrial stromal sarcoma, uterine leiomyosarcoma, mixed mullerian tumour, as well as in some malignant lymphomas (lymphoblastic and Burkitt's lymphoma), and most cases of acute leukaemia. WT1 is particularly used for distinguishing malignant mesothelioma and ovarian serous carcinoma from nonserous carcinomas. As for malignant mesothelioma, calretinin and WT1 are superior to cytokeratin 5/6, N-cadherin and thrombomodulin. WT1 is also applicable for the differential diagnostic of small cell childhood tumours.