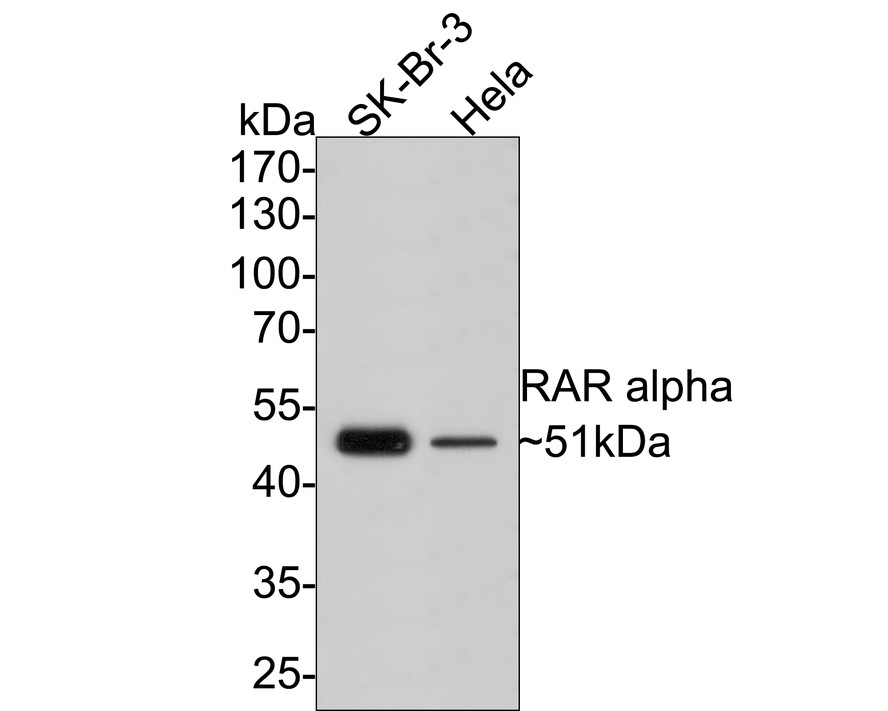 Retinoic acid receptor alpha (RAR-α), also known as NR1B1 (nuclear receptor subfamily 1, group B, member 1) is a nuclear receptor that in humans is encoded by the RARA gene. NR1B1 is a gene with a protein product and has a chromosomal location of 17q21.2. RARA codes for the nuclear hormone receptor Retinoic Acid Receptor, Alpha subtype, and are themselves transcription factors. There are another 2 subtypes of RARs, Beta subtype, and Gamma subtype. Retinoid signaling is transduced by 2 families of nuclear receptors, retinoic acid receptor (RAR) and retinoid X receptor (RXR), which form RXR/RAR heterodimers. In the absence of ligand, DNA-bound RXR/RARA represses transcription by recruiting the corepressors NCOR1, SMRT (NCOR2), and histone deacetylase. When ligand binds to the complex, it induces a conformational change allowing the recruitment of coactivators, histone acetyltransferases, and the basic transcription machinery. Retinoic Acid Receptor Alpha, the protein, interacts with retinoic acid, a derivative of Vitamin A, which plays an important role in cell growth, differentiation, and the formation of organs in embryonic development. Once Retinoic Acid binds to the RAR, they initiate transcription and allow for their respective gene to be expressed.