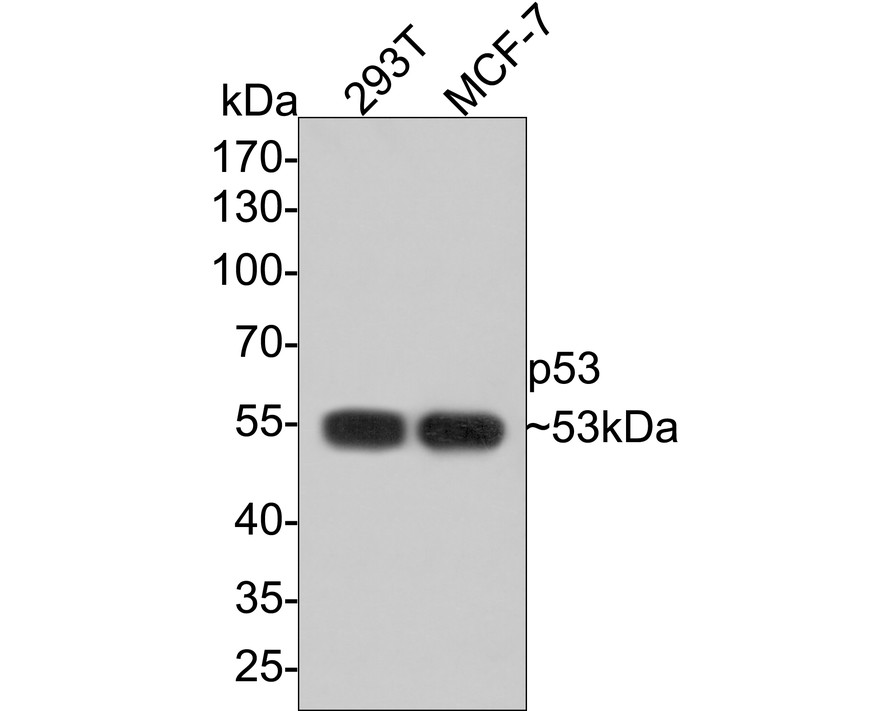 Belongs to the p53 family.

Nucleus. Cytoplasm. Localized in both nucleus and cytoplasm in most cells. In some cells, forms foci in the nucleus that are different from nucleoli.

Acts as a tumor suppressor in many tumor types; induces growth arrest or apoptosis depending on the physiological circumstances and cell type. Involved in cell cycle regulation as a trans-activator that acts to negatively regulate cell division by controlling a set of genes required for this process. One of the activated genes is an inhibitor of cyclin-dependent kinases. Apoptosis induction seems to be mediated either by stimulation of BAX and FAS antigen expression, or by repression of Bcl-2 expression. In cooperation with mitochondrial PPIF is involved in activating oxidative stress-induced necrosis; the function is largely independent of transcription. Induces the transcription of long intergenic non-coding RNA p21 (lincRNA-p21) and lincRNA-Mkln1. LincRNA-p21 participates in TP53-dependent transcriptional repression leading to apoptosis and seem to have to effect on cell-cycle regulation. Implicated in Notch signaling cross-over. Prevents CDK7 kinase activity when associated to CAK complex in response to DNA damage, thus stopping cell cycle progression. Isoform 2 enhances the transactivation activity of isoform 1 from some but not all TP53-inducible promoters. Isoform 4 suppresses transactivation activity and impairs growth suppression mediated by isoform 1. Isoform 7 inhibits isoform 1-mediated apoptosis. Regulates the circadian clock by repressing CLOCK-ARNTL/BMAL1-mediated transcriptional activation of PER2.