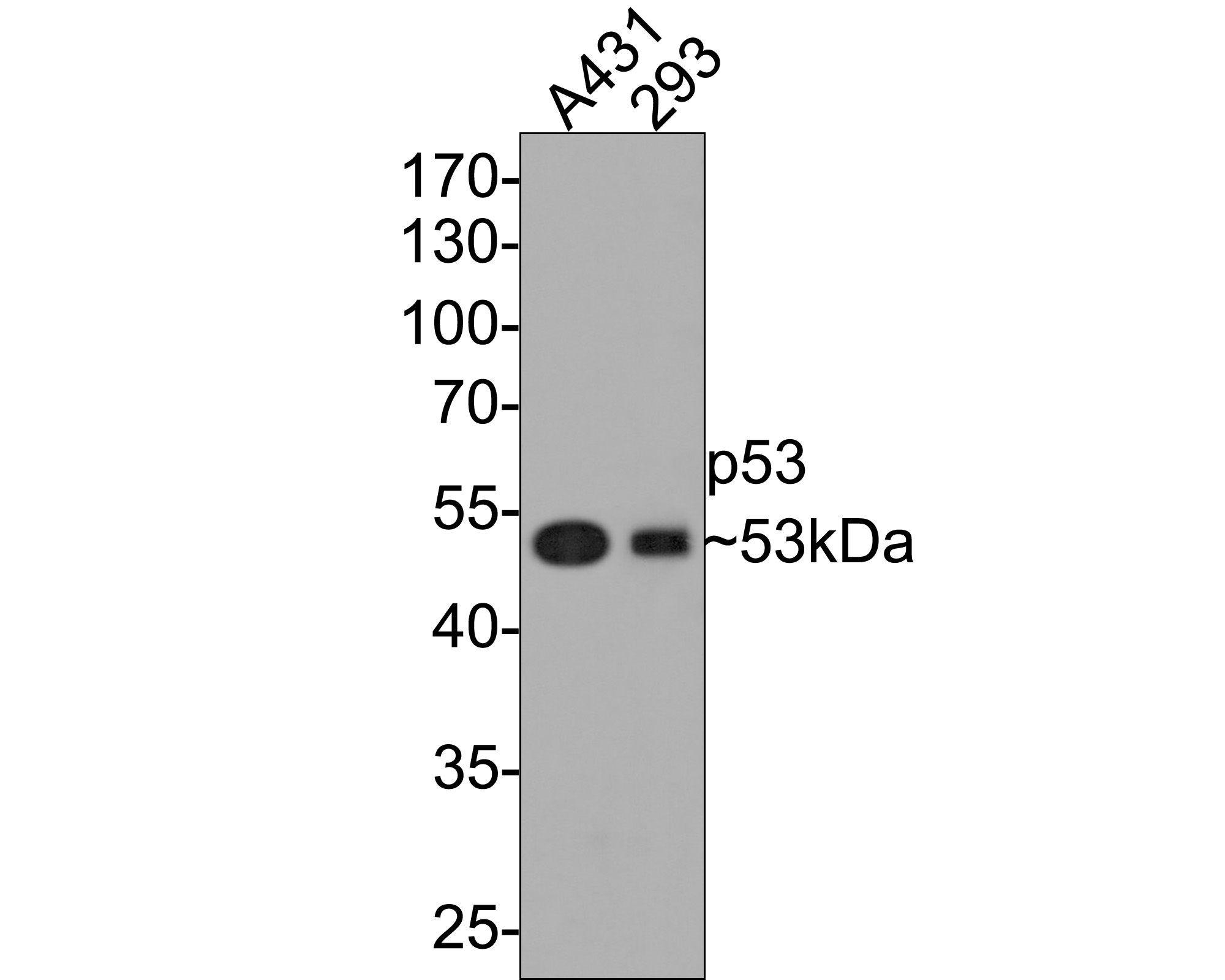 Belongs to the p53 family.

Tumor protein P53, also known as p53, cellular tumor antigen p53 (UniProt name), the Guardian of the Genome, phosphoprotein p53, tumor suppressor p53, antigen NY-CO-13, or transformation-related protein 53 (TRP53), is any isoform of a protein encoded by homologous genes in various organisms, such as TP53 (humans) and Trp53 (mice). This homolog (originally thought to be, and often spoken of as, a single protein) is crucial in vertebrates, where it prevents cancer formation. As such, p53 has been described as "the guardian of the genome" because of its role in conserving stability by preventing genome mutation. Hence TP53 is classified as a tumor suppressor gene. The name p53 was given in 1979 describing the apparent molecular mass; SDS-PAGE analysis indicates that it is a 53-kilodalton (kDa) protein. However, the actual mass of the full-length p53 protein (p53α) based on the sum of masses of the amino acid residues is only 43.7 kDa. This difference is due to the high number of proline residues in the protein, which slow its migration on SDS-PAGE, thus making it appear heavier than it actually is. In addition to the full-length protein, the human TP53 gene encodes at least 15 protein isoforms, ranging in size from 3.5 to 43.7 kDa. All these p53 proteins are called the p53 isoforms. The TP53 gene is the most frequently mutated gene (>50%) in human cancer, indicating that the TP53 gene plays a crucial role in preventing cancer formation. TP53 gene encodes proteins that bind to DNA and regulate gene expression to prevent mutations of the genome.