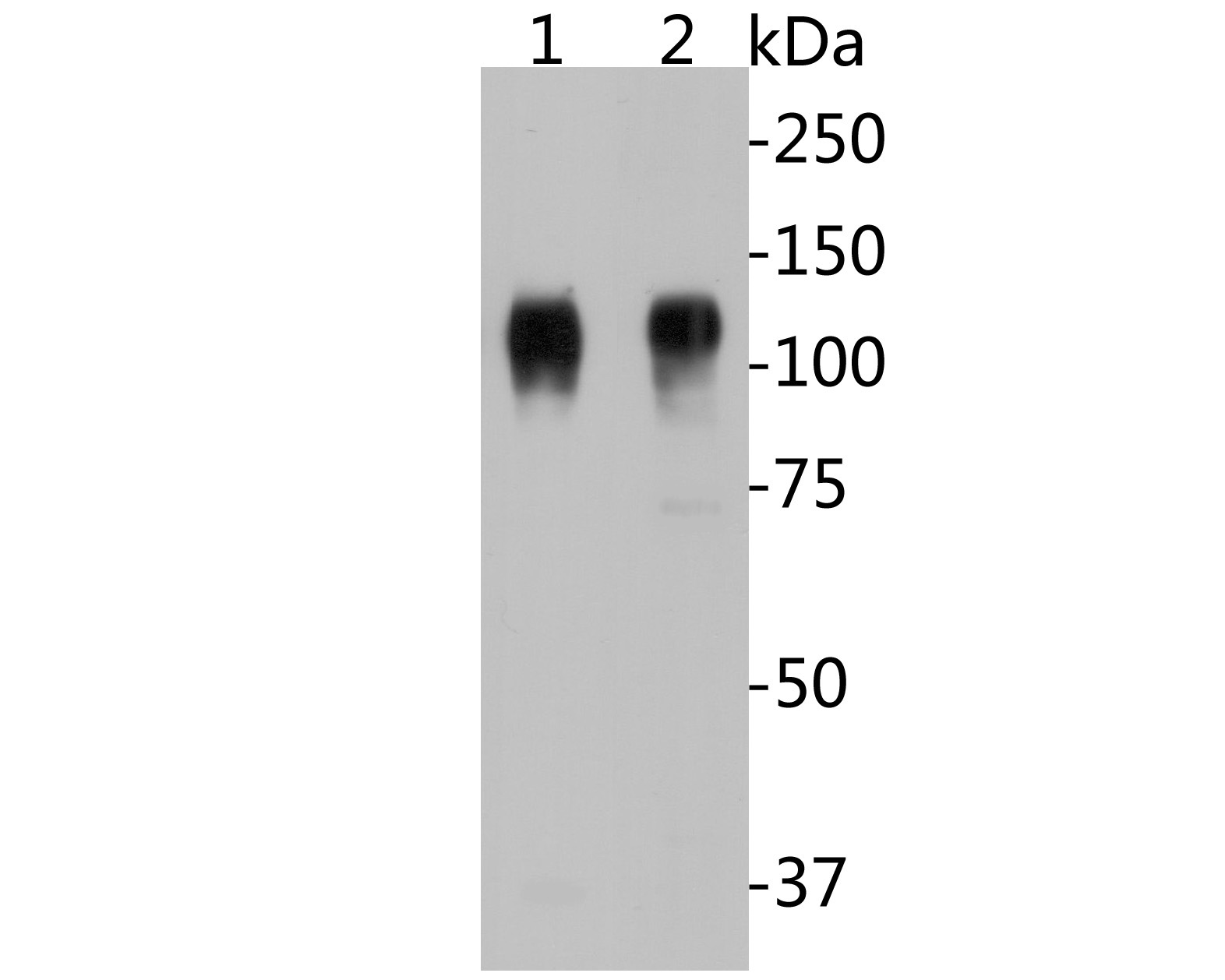 Belongs to the LAMP family.

Highly expressed by blood monocytes and tissue macrophages. Also expressed in lymphocytes, fibroblasts and endothelial cells. Expressed in many tumor cell lines which could allow them to attach to selectins on vascular endothelium, facilitating their dissemination to secondary sites.

CD68 (Cluster of Differentiation 68) is a protein highly expressed by cells in the monocyte lineage (e.g., monocytic phagocytes, osteoclasts), by circulating macrophages, and by tissue macrophages (e.g., Kupffer cells, microglia). Human CD68 is a transmembrane glycoprotein, heavily glycosylated in its extracellular domain, with a molecular weight of 110 kD. Its primary sequence consists of 354 amino acids with predicted molecular weight of 37.4 kD if it were not glycosylated. Immunohistochemistry can be used to identify the presence of CD68, which is found in the cytoplasmic granules of a range of different blood cells and myocytes. It is particularly useful as a marker for the various cells of the macrophage lineage, including monocytes, histiocytes, giant cells, Kupffer cells, and osteoclasts. This allows it to be used to distinguish diseases of otherwise similar appearance, such as the monocyte/macrophage and lymphoid forms of leukaemia (the latter being CD68 negative). Its presence in macrophages also makes it useful in diagnosing conditions related to proliferation or abnormality of these cells, such as malignant histiocytosis, histiocytic lymphoma, and Gaucher's disease. Anti-CD68 monoclonal antibodies that react with tissues of rodent and other species include ED1, FA-11, KP1 (a.k.a. C68/684), 6A326, 6F3, 12E2, 10B1909, and SPM130. Monoclonals that react with humans include, Ki-M7, PG-M1, 514H12, ABM53F5, 3F7C6, 3F7D3, Y1/82A, EPR20545, CDLA68-1, LAMP4-824.