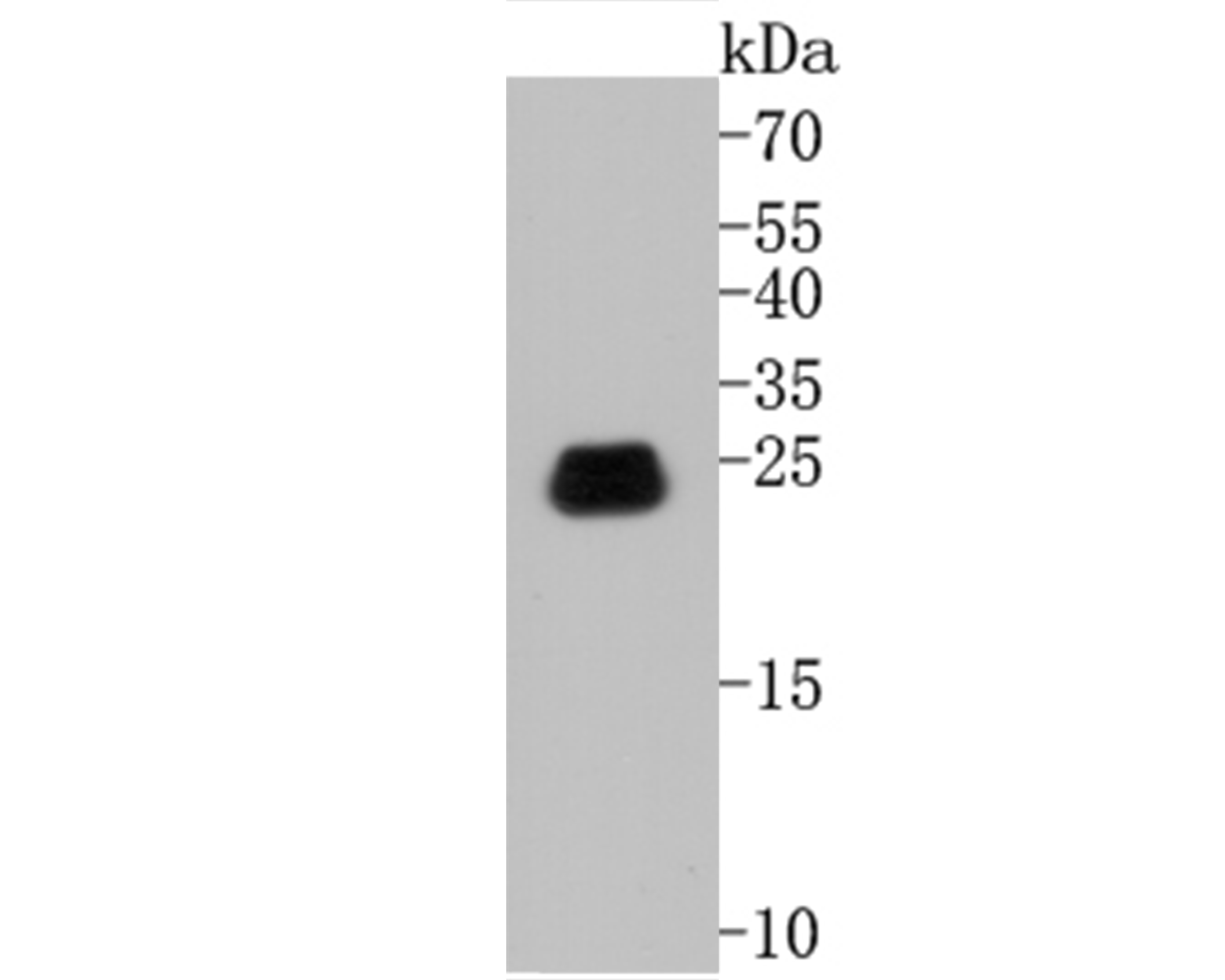 Belongs to the caveolin family.

Ubiquitinated. Undergo monoubiquitination and multi- and/or polyubiquitination. Monoubiquitination of N-terminal lysines promotes integration in a ternary complex with UBXN6 and VCP which promotes oligomeric CAV1 targeting to lysosomes for degradation.; The initiator methionine for isoform 2 is removed during or just after translation. The new N-terminal amino acid is then N-acetylated.; Phosphorylated at Tyr-14 by ABL1 in response to oxidative stress.

Caveolin-1 is a protein that in humans is encoded by the CAV1 gene. The scaffolding protein encoded by this gene is the main component of the caveolae plasma membranes found in most cell types. The protein links integrin subunits to the tyrosine kinase FYN, an initiating step in coupling integrins to the Ras-ERK pathway and promoting cell cycle progression. The gene is a tumor suppressor gene candidate and a negative regulator of the Ras-p42/44 MAP kinase cascade. CAV1 and CAV2 are located next to each other on chromosome 7 and express colocalizing proteins that form a stable hetero-oligomeric complex. By using alternative initiation codons in the same reading frame, two isoforms (alpha and beta) are encoded by a single transcript from this gene. Caveolin 1 has been shown to interact with heterotrimeric G proteins, Src tyrosine kinases (Src, Lyn) and H-Ras, cholesterol, TGF beta receptor 1, endothelial NOS, androgen receptor, amyloid precursor protein, gap junction protein, alpha 1, nitric oxide synthase 2A, epidermal growth factor receptor, endothelin receptor type B, PDGFRB, PDGFRA, PTGS2, TRAF2, estrogen receptor alpha, caveolin 2, PLD2, Bruton's tyrosine kinase and SCP2. All these interactions are through a caveolin-scaffolding domain (CSD) within caveolin-1 molecule. Molecules that interact with caveolin-1 contain caveolin-binding motifs (CBM).